London is the greatest rock ‘n’ roll city in the world and there’s five decades of rock and pop history here waiting to be found!
This fun taxi tour is for music lovers everywhere. We will visit locations in the city associated with legendary pop & rock bands such as The Rolling Stones, The Who, The Clash, David Bowie and of course The Beatles. Many other famous rock stars have come to London to make their name, include Jimi Hendrix and Bob Marley, and on this tour we visit places where they worked, lived, and in some cases, tragically died. In the company of your music loving taxi driver/guide you will hear about London, the place called home and hear their stories.

Why not finish the off the tour with a bite to eat at a legendary music-themed resturant like Bill Wyman’s Sticky Fingers or the world famous & original Hard Rock Cafe.

Our Rock n Roll London Taxi Tour offers a fantasic & entertaing day of seeing some of London’s buildings & sights associated with the legends of the music world!

What Sights Will I See On This Tour?

Don’t forget you camera as there will be plenty of photo opportunities along the way.

At the end of the tour you can either be dropped off at your hotel or at a place of your choosing within central London. 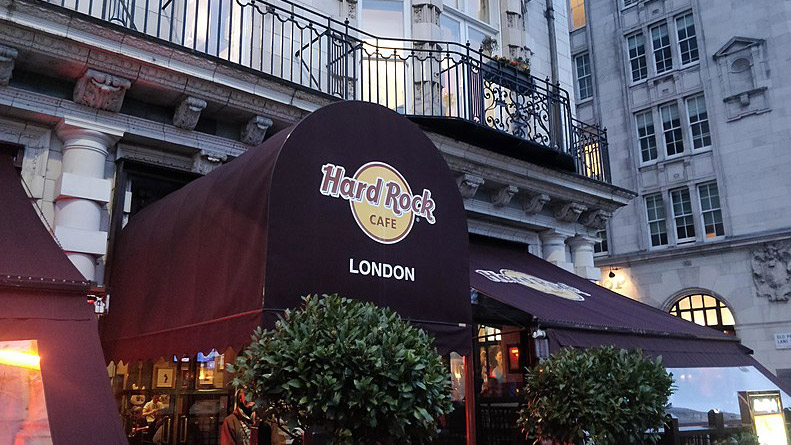