On This Day…
9th April 1806
Isambard Kingdom Brunel Born
Civil engineer. Born Portsea, Hampshire. Constructions include: Great Western Railway and the Clifton Suspension Bridge. Died at home, 18 Duke Street (see below). A very popular Brit, as illustrated in the terrific animated short film from 1975 by Bob Godfrey: “Great (Isambard Kingdom Brunel)”. Good post at London Historians.
September 2021: a 1982 Bristol statue by John Doubleday was moved to (Brunel’s) Temple Meads station, bookending with the statue at Paddington.
March 2022: Vic Keegan’s Lost London 222: Brunel In Duke Street reported on the house where Brunel lived and worked for many years and where he died: 18 (plus, from 1848, 17) Duke Street. This has now been built over by The Treasury but these two houses were at the south-east corner of what is now the junction of King Charles Street and Horse Guards Road.
We cannot get to the bottom of his name “Isambard”. He shared it with his father, also an engineer, and it does not appear to be a nickname in either case, but it is an early Germanic name meaning (depending on source) ‘glittering iron’, ‘iron giant’ or ‘man of iron’ – an outstanding case of nominative determinism. Other good examples being the poet Wordsworth and the architect Rem Koolhaus. At Normansfield Asylum we tell of a neurologist similarly blessed. And we read that Unity Mitford’s gynaecologist was pleasingly named Dr Becket Overy. While in the health field, what about Sir Henry Wellcome? And De Gaulle – he lived up to his name in a big way. And did the Booker Connell firm choose to sponsor a literature prize because of their name? But then there’s the woodcarver Michael Painter, who escaped his fate, unlike the stone mason Nicholas Stone, or the architect William Chambers. The most London example we have found is Thomas Faryner.
Sorry to go on, but this concept can even pass through geographic features to a whole species. The early hominids, the Neanderthals, are named after the valley in which the first identified specimen was found. In the early 19th century the valley was named in honour of Joachim Neander, a German Christian theologian and hymn writer, who would hold gatherings and services there. Neander’s grandfather had changed the family name to Neander from the original Neumann – ‘new man’. The Neanderthals join the ND club.
Cockney Cabbies
One Big City, Three London Cabbies and the Rest Is History
#london #history #tours #guides #cabbies #taxis #londontaxis #blackcabs #architecture #historical 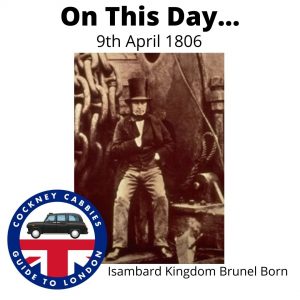